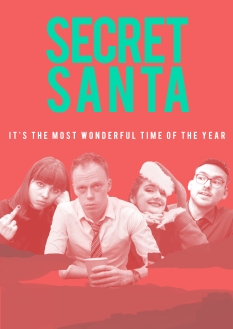 Secret Santa is a short film which I co-wrote and co-produced with Jess Bray, who also directed it. It’s a dark comedy about a simple office game which gets completely out of hand. It stars Jordan Brookes, Holly Burn, Alice Etches and Dan Kiss.

‘Pining For You’ is heavily based on a company I worked for when I first moved to London. I was made redundant a few days after the shoot. See if you can work out why.